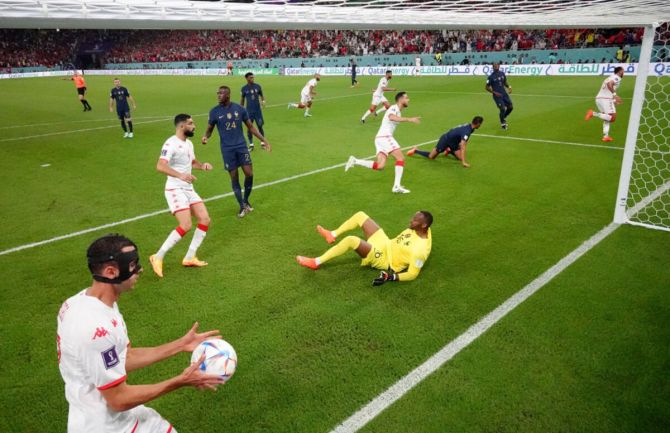 The World Cup 2022 in Qatar has already ended for Tunisia despite a first-ever victory over defending champions France 1-0 on Wednesday afternoon.

After having forced Denmark to en encouraging goalless draw in their first game in this World Cup, the Carthage Eagles deceived their fans in their second match.

Jalal Qaderi and his men lose the game everybody were seeing them win as the bowed to Australia with that Mitchel Duke’s first-half strike (0-1).

The win was compulsory for the North African side against defending champions France for their last Group game.

And even if they managed to beat Didier Deschamps’ men 1-0 thanks to Whabi Khazri, it was not enough to see them through to the next round as Australia defeated Denmark in the other match.

Tunisia is the first African team to be knocked out of the tournament while Senegal booked their place by defeating Ecuador on Tuesday.