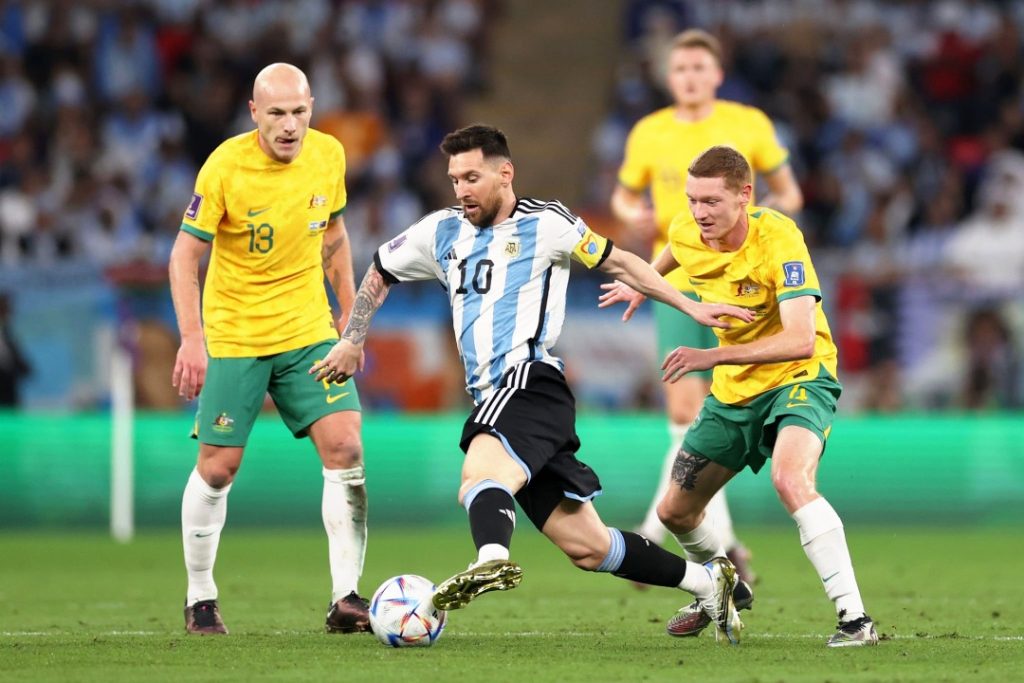 Lionel Messi netted a goal as Argentina beats Australia 2-1 on Saturday evening to make it to the World Cup 2022 quarter-finals.

The South Americans took the advantage over their opponent shortly after the half-hour mark (35th) thanks to their eternal savior Lionel Messi who surprised Ryan with an unstoppable flat-footed shot into the small Australian right-hand net.

A slight advantage that the Albiceleste managed until the end of the first half.

In the second stanza, Argentina will continue to attack especially with a high pressing which ended up paying in the 57th minute. And it is the Manchester City youngster, Julian Alvarez who doubled the lead for the men of Lionel Scaloni, thus registering his second goal in the World Cup.

The Albiceleste conceded the reduction of the gap in the 77th minute on a strike from Goodwin inadvertently deflected by Enzo Fernandez.

But this goal was not enough to breathe new life into Australia, which logically lost 1-2 to the Argentinians. Lionel Messi and his team-mates will face the Netherlands of Louis Van Gaal on Friday December 9 at 7 p.m.