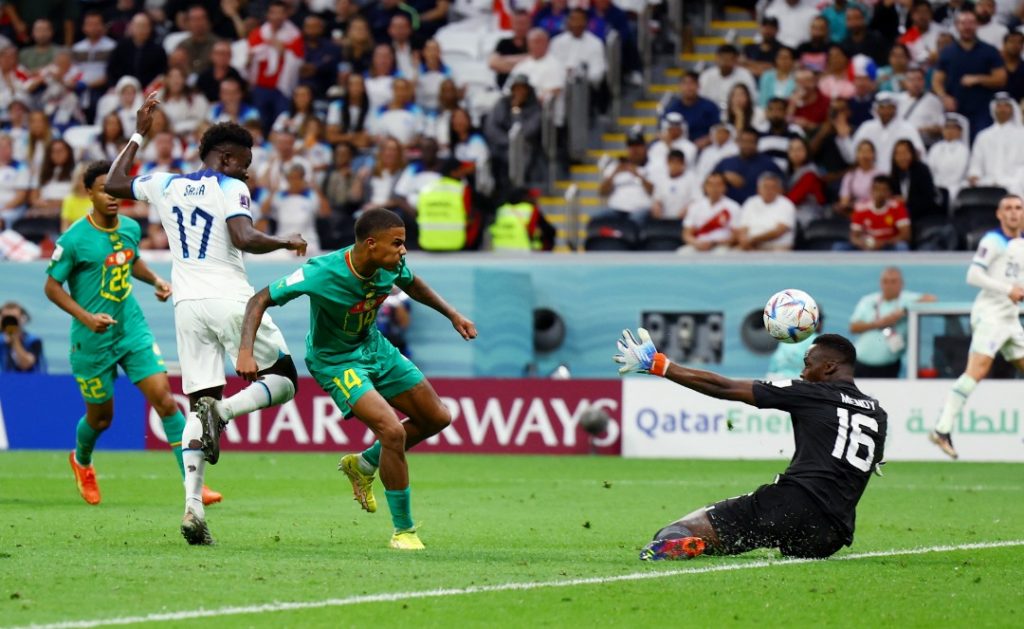 Senegal will not go farer than the World Cup last 16 round as England ended their campaign on Sunday evening with a 3-0 win at Al Bayt Stadium in Doha.

The African champions have not shown enough to beat Euro 2020 runners-up.

And Jordan Henderson was the one to open the scoring for the Three Lions in the 38th minute.

Harry Kane who was so far the the player with the most assist in this World Cup (3) made it 2-0 before the break as he netted his first goal in the tournament.

The second half has been even harder for Senegal and Bukayo Saka scored the third and last goal for England in the 57th minute.

The Three Lions will take on France in the quarter-finals on December 10.