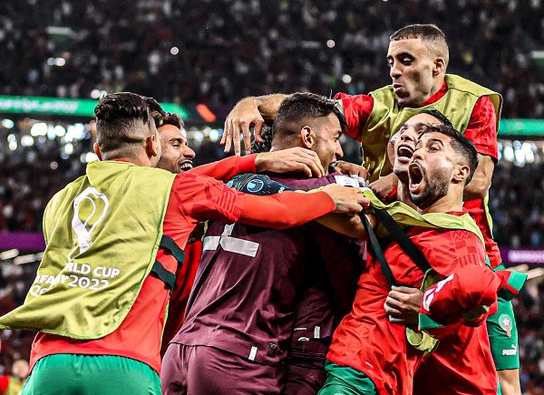 Morocco defeated Spain to reach their first ever FIFA World Cup quarterfinal at the Qatar 2022 World Cup on Tuesday night.

The Atlas Lions goalkeeper Yassine Bouno was the hero of the game as he saved the shoot out of Carlos Soler and Sergio Busquet while Pablo Sarabia penalty hit the woodwork.

A cagey game saw both teams failed to capitalize on some of their chances .

However, it was Spain who looked more deadly in the extra time, but a dogged Moroccan defenders were equal to the task.

After 120 minutes of goalless domination, in which they racked up 1019 passes, Luis Enrique’s side bowed out of the World Cup.

It left Madrid-born Achraf Hakimi with the chance to win it which he did with a Panenka to send Morocco through to the last eight for the first time.

Morocco, the only African country that is left in the competition will face the winner of the second quarter final game between Portugal and Switzerland.