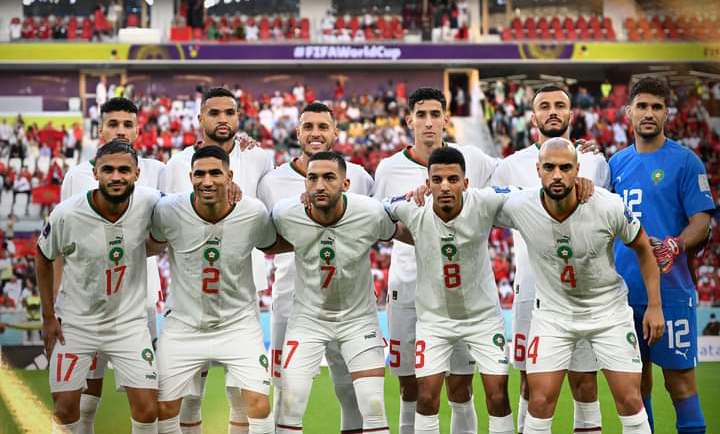 African last standing team at the 2022 FIFA World Cup, Morocco will take on Spain in the last round of 16 game at the Education City Stadium, Qatar.

Morocco against all odds defeated Belgium in their last game to finish to remain unbeaten while Spain despite and excellent start in their group finished second in Group E.

The pressure now will be on Morocco to succeed where countries like Japan, Senegal, South Korea who made a surprise qualification to the knockout Stage failed.

Ahead of the game, both coach has released their starting line up.

Morocco make just one change from the 2-1 victory over Canada in the final group game.

Spain on the other hand made five changes to the side that were shocked 2-1 by Japan in their previous game.

Manchester City’s Aymeric Laporte returns to the side, as do Marcos Llorente, Jordi Alba, Marco Asensio and Ferran Torres.