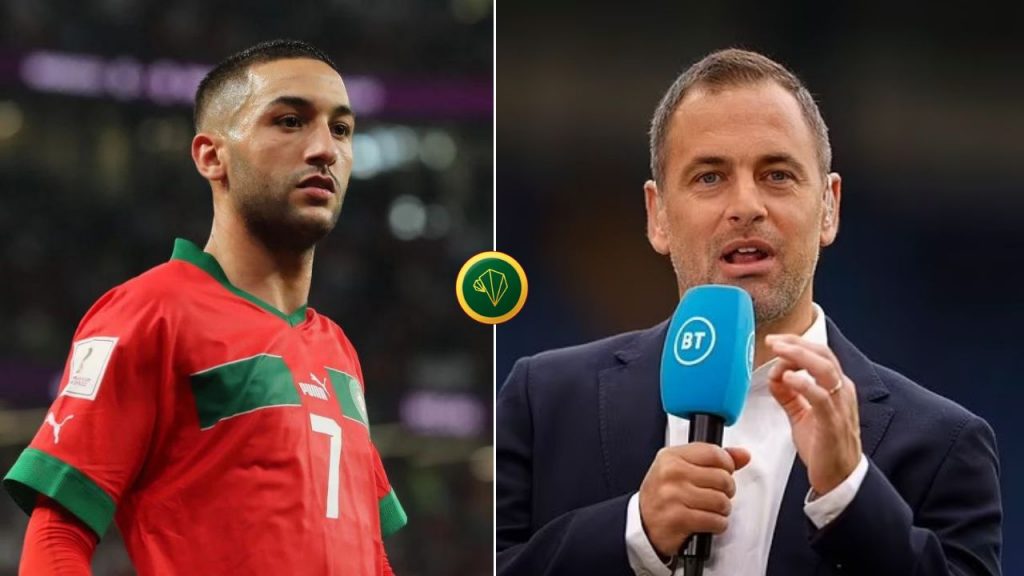 Chelsea legend Joe Cole explained the reason why Morocco star Hakim Ziyech is not shining with the Blues in the Premier League like he is with his National team.

The Ziyech playing in this World Cup is completely different from the one we know at Chelsea.

The 29-year old featured in all Morocco’s four games so far in the tournament scoring once and providing an assist as Atlas Lions advanced to the quarterfinals on Tuesday by stunning Spain in last 16 round.

Speaking on his stellar performances so far on Tuesday night, Joe Cole explained what according to him hinders Hakim Ziyech from being scintillating for the Stamford Bridge side.

“He just looks like a happier player for Morocco”, Cole said, per the Daily Mail. “He had a very difficult time at Chelsea and he had no rhythm in his game.

“The Premier League doesn’t suit him. It’s aggressive, up and down. When he plays for Ajax he could hug the touchline and the team would love to play through the lines, give him the ball and he has a nice left foot, comes in and delivers the ball.

“But if we’ve been watching him here [Qatar], he plays with an intensity and a smile on his face. Ziyech is a talented lad but it just didn’t work for him at Chelsea.“