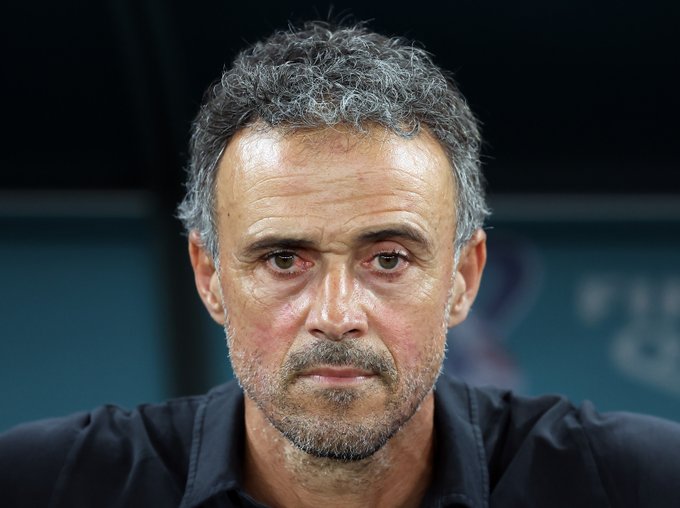 After the 2010 World Cup champions were eliminated by Morocco at the last-16 stage earlier this week, Spain fired coach Luis Enrique on Thursday.

“Both the president, Luis Rubiales, and the sporting director, Jose Francisco Molina, have told the coach their decision,” the Spanish FA said in a statement.

The federation claimed they wished to express their gratitude to Luis Enrique and his team for their efforts but had made the decision to launch a “new project.”

“The sporting direction of the RFEF has given the president a report, in which it was determined that a new project should start for the national team, with the objective of continuing the growth achieved in the last few years thanks to Luis Enrique and his colleagues,” added the RFEF.

Spain defeated Costa Rica 7-0 in their opening match in Qatar, but they were shocked by Japan and finished second in Group E as a result.

Spain had a good chance to defeat Morocco in the first round of the knockout tournament, but they fell 3-0 in penalties after the game ended 0-0 after extra time.

“We dominated the game but we lacked a goal,” lamented Luis Enrique after the game.

“We could have been more effective in the final third, but I am more than satisfied with what my players did.

“They represented perfectly what my idea of football is.“

Spain last won a major prize at Euro 2012 ten years ago, and they haven’t won a World Cup knockout match since winning in South Africa in 2010.

After Spain’s disastrous World Cup performance in Russia, Luis Enrique took over. He guided La Roja to the Euro 2020 semifinals, where they were likewise defeated by Italy on penalties.