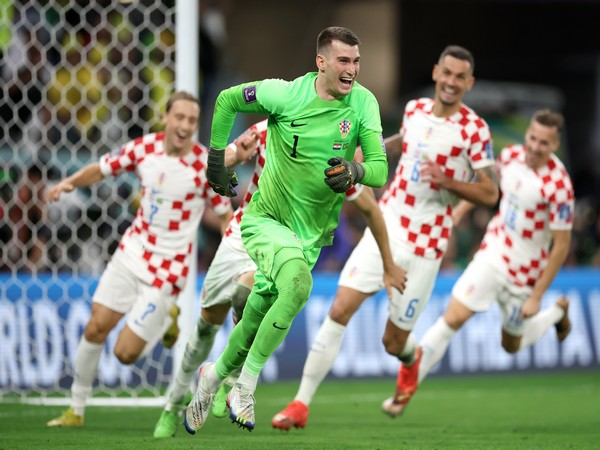 Following a 1-1 draw after 120 minutes, Croatia outlasted tournament favorites Brazil 4-2 on penalties to advance to the World Cup semifinals.

The 2018 runners-up, who defeated Japan on penalties and in a shootout in the round of 16, will now take on either Argentina or the Netherlands, who are scheduled to play later.

The five-time world champions’ star forward Neymar of Brazil thought he had won the game when he rifled in an extra-time goal during a tense and dramatic evening.

Three minutes from the conclusion of extra time, Croatia’s Bruno Petkovic scored an equalizer with his left foot, breaking the hearts of the Brazilians in Doha’s Education City Stadium.

As Brazil’s Marquinhos and Rodrygo failed to score from the penalty spot, the Croats maintained their composure.

Initially, Croatia refused to be frightened by their more prestigious opponents and successfully thwarted the most of Brazil’s early advances in the first half.

With Neymar off the pace and being shut out by a tenacious backline, Brazil had little else to offer in terms of attack outside a mediocre shot from Vinicius Jr.

By the end of the first half, Croatia had the advantage in terms of possession because they appeared more alert, skilled in their passing game, and having a clear game plan.

The Brazilians struggled to find any space as Dominik Livakovic of Croatia was unconcerned by a Neymar free kick just before halftime.

The Brazilians’ last victory over a European opponent in the knockout stage came in their 2002 victory over Germany.

Three minutes after the break, Josko Gvardiol attempted to clear the ball but nearly scored an own goal, giving them a close call.

After a VAR review, claims for a hand ball by defender Josip Juranovic were rejected a few seconds later.

Then, in the 55th minute, Richarlison put Neymar through, but his close-range shot was stopped by Livakovic.

The Brazilians had a much better start to the second half and came close once more in the 66th minute when Lucas Paqueta was stopped by Livakovic.

The Brazilians have now lost four of their last five World Cup quarterfinal matches, all against European opposition.

The Croatian goalkeeper had already made more saves in the game (seven) than his Brazilian counterpart, Alisson, had made in the entire competition. Neymar was stopped in the 76th minute (five).

Five minutes later, a second Paqueta shot was parried by Livakovic as the few hundred Brazil supporters in the crowd got restless and louder, forcing the game into overtime with Tite looking obviously anxious.

Neymar, who had been largely ineffective up until that point, launched an attack outside the box in stoppage time of the first period, played two one-two passes in quick succession to confuse the weary Croatian defense, and then rounded the goalkeeper to tie Brazilian legend Pele’s record of 77 international goals.

With Petkovic’s equalizer, the Croats forced penalties and prevailed in the shootout, with Livakovic saving Rodrygo’s penalty attempt and Marquinos missing the post.