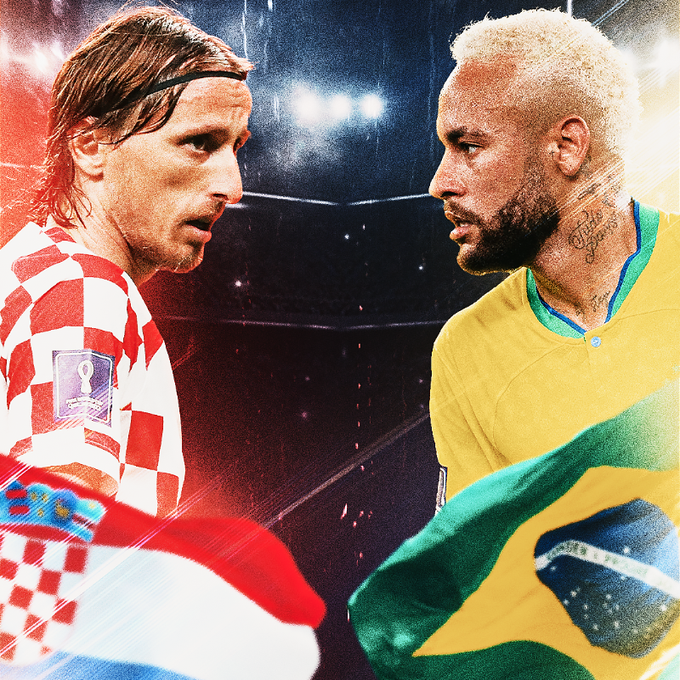 At the FIFA World Cup in Qatar in 2022, five-time champion Brazil will face 2018 runner-up Croatia for a spot in the semifinals.

In four prior encounters with Croatia across all competitions, Brazil has never lost (winning three and drawing one)

Croatia has faced South American opponents in four of its five World Cup defeats, with the exception of a 3-0 victory over Argentina in 2018.

Brazil has dropped all five of their previous World Cup knockout round matches against European teams since defeating Germany 2-0 in the 2002 final.

Since Euro 2008, seven of Croatia’s previous eight games in the knockout stages of major competitions have required extra time, and they have won all four of these games at the World Cup, three of which required penalty shootouts.

Two changes are made by Croatia from the team that narrowly defeated Japan on penalties in the round of 16.

Borna Sosa takes Borna Barisic’s spot at left-back now that he has recovered from his injury.

The other alteration involves Bruno Petkovic being replaced by Mario Pasalic, a former Chelsea midfielder.

The same way you were cheering on Brazil after their spectacular 4-1 victory over South Korea in the previous match.