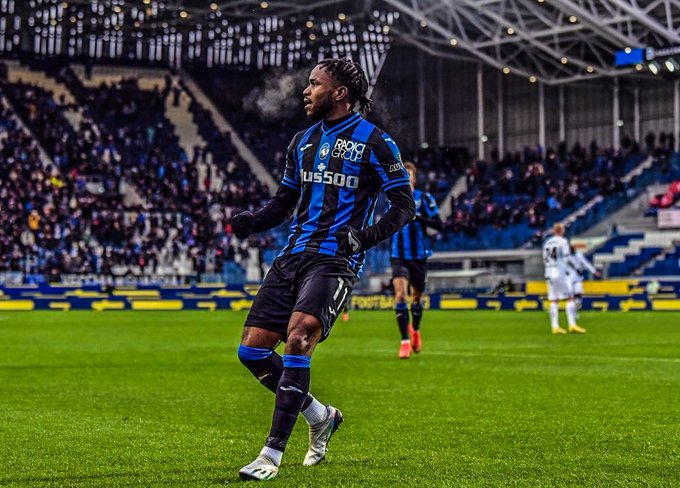 Lookman Ademola of the Super Eagles, a winger, extended his incredible run of success in Italian football by guiding Atalanta into the Coppa Italia quarterfinal at Bergamo.

It was the Nigerian international who made the game simple for the host as he scored twice in 10 minutes as Atalanta hosted Spezia in the round of 16 and thrashed them 5-2.

In the 10th and 12th minutes, respectively, he scored the first and second goals.

Read Also:Osimhen, Lookman Makes Serie A Team Of The Week

Ekdal cut the score in half in the fourteenth, but Hateboer restored Atalanta’s two-goal advantage with a third goal in the twenty-sixth.

In the 38th minute, Verde drew Spezia back into the game once more, but the home team proved to be too strong in the second half as Hojlund made it 4-2 before Spezia defender Ethan Ampadu’s own goal put the game away for Atalanta.

With 9 goals, Lookman is presently the second-leading scorer in Serie A.