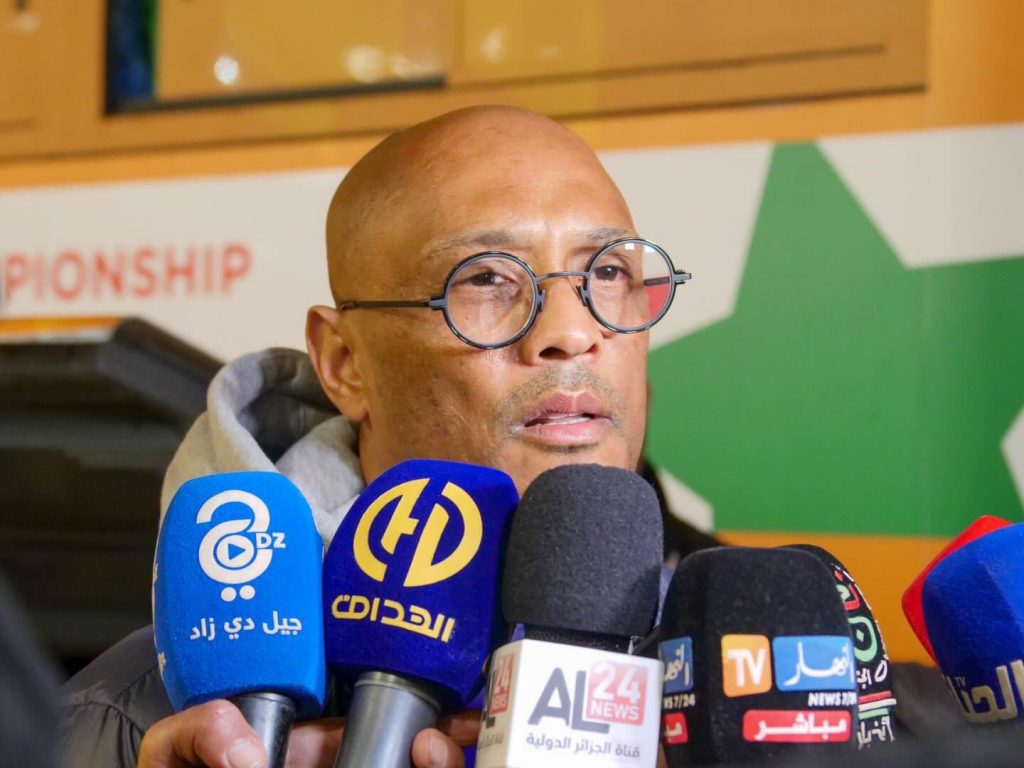 Mauritania coach Amir Abdou was beaming with pride a his post-match conference following the team’s goalless draw with Angola in their opening Group D encounter at the TotalEnergies CHAN 2022 in Algeria,

The Comorian coach, who has led Mauritania through 14 games without a loss since taking over last year, earned the nation’s first-ever point in the competition.

“I am very happy for the players.

“They worked so hard to get this one point. Angola is a big team and they showed that in their first game against last year’s finalists Mali so we knew that it would be a difficult game.

We did our best today,” explained Abdou to the media.

“We had a couple of chances to score tonight but it was difficult.

“It was a very tricky game. Angola have talented players and as I said before, they have the best striker in the tournament [Depu – Laurindo Dilson Maria Aurélio] but we did our best to deny them from scoring and so we shall celebrate this point.”

“About our offense, we missed opportunities in front of goal.

“We were not pragmatic enough. These are things that we need to evaluate going forward. We could have done better. This is a long part of the journey.”

“We tried to change things up. Angola tried to look for second opportunities to score but eventually, we had a strong goalkeeper.

“He kept a clean sheet and that is important for us.”

In order to secure Mauritania’s first point at CHAN in three editions, Diaw produced two key saves on the evening.

Mauritania has lost each of their last six matches in the continental competition, including three defeats each at the South Africa and Morocco editions in 2014 and 2018, respectively.

Abdou said, “This reflects the project that we are building in Mauritania, and we want to improve one day at a time.

“We are doing our best and things are looking good for us.

“We must continue being consistent.”

On January 24 at 1600 GMT at the Miloud Hadefi Stadium in Oran, Algeria, Mauritania will play Mali, a two-time finalist.