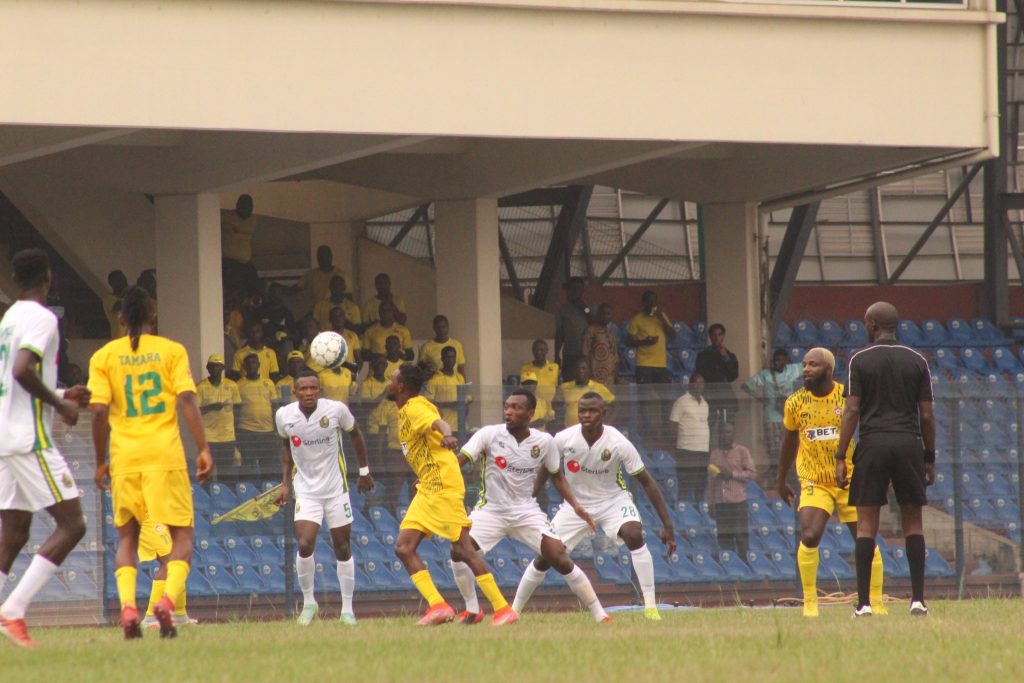 Matchday 3 produced a total of 14 goals with with two games ended in draw.

Enugu Rangers remained the club that is yet to get a win this season.

At the Lekan Salami Stadium in Ibadan, Bendel Insurance defeated Kwara United 1-0 to maintain its perfect record in the Nigeria Premier Football League.

In the 25th minute, Imade Osehenkhoe scored the game-winning goal.

With two victories in two games, Insurance is unblemished away from home.

It was the Promise Keepers’ opening victory of the fight.

At the Umuahia Township Stadium, another away victory was recorded.

Sunshine Stars forced Rangers to a 1-1 draw in the Awka City Stadium.

On minute 11, Austin Ikemdinachi scored for Rangers by putting the ball in his own net.

In the contest, the Rangers missed a penalty.