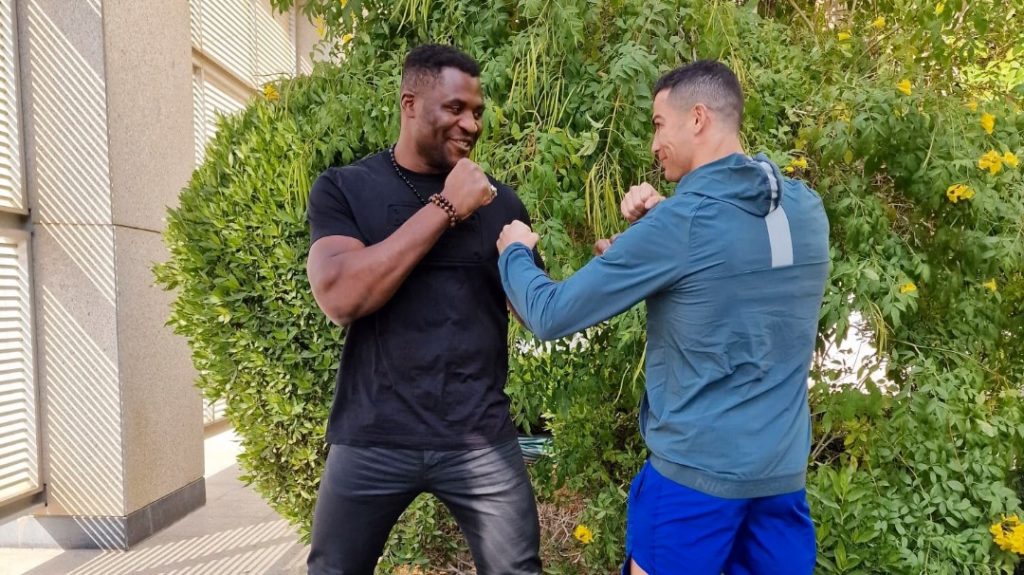 Cristiano Ronaldo met the Indomitable Lion of Boxing, Francis Ngannou with whom he exchanged a few friendly blows.

Ronaldo and Francis were spotted all smiling in a short video where they positioned themseleves as if they were to fight each other.

This is not the first time that Cristiano Ronaldo has been spotted with a boxer. He is even used to it having already met Floyd Mayweather, Anthony Joshua, Conor McGregor and Khabib Nurmagomedov in the past.