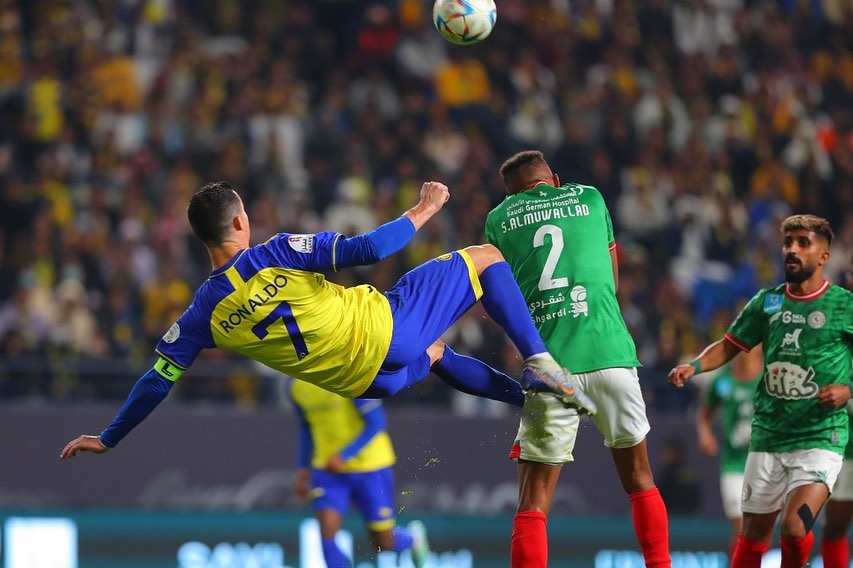 Cristiano Ronaldo made his official debut with Al-Nassr on Sunday night with his side beating Ettifaq 1-0 to go on top of Saudi Pro League log with one game in hand.

After netting a brace against Lionel Messi’s PSG in a friendly days ago, the Portuguese star made his first appearance as an Al-Nassr player on Sunday.

Ronaldo was not only a starter in Rudi Garcia’s line-up, but also given the armband for his experience.

However, CR7 could not score on his official debut as Talisca won the game for Al-Nassr on a header.

Cristiano Ronaldo is however happy with the team performance and did not hide his pride after the game on social media.

“First game, first win – well done guys. Thanks to all the fans for incredible support”, the 37-year old wrote.