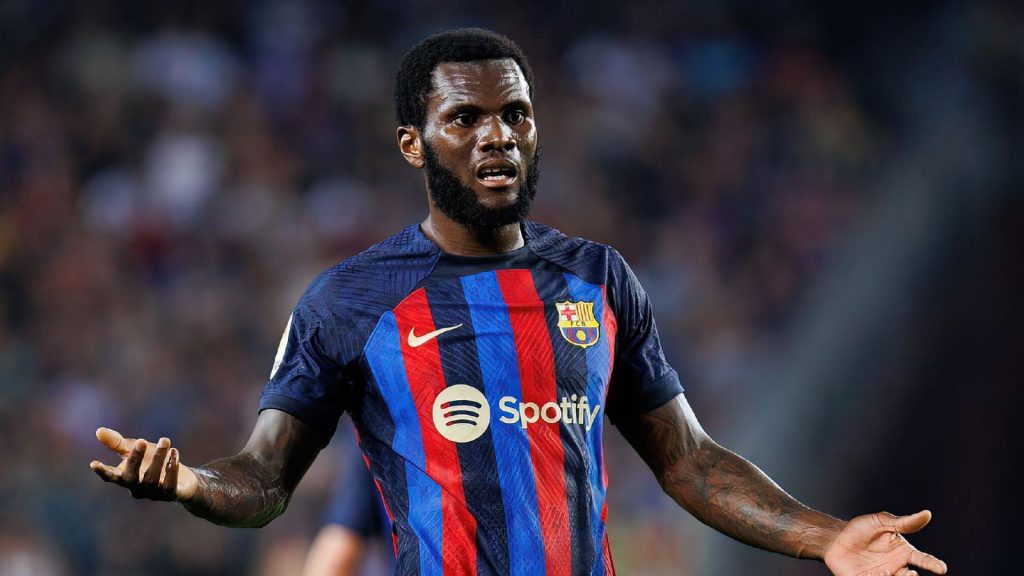 Ivory Coast midfielder Franck Kessie who is facing early struggles in FC Barcelona is being linked with a move to the Premier League.

The 26-year old joined the Spanish giants from AC Milan where his contract run out last summer.

After bossing the Serie A, Kessie was expected to hit the ground running also in Spain.

However, things are very tough for him as he continues to struggle for game time.

And now, the former AC Milan star is said to be in the radars of a certain Premier League club.

According to The Telegraph, Chelsea are plotting a move to sign Franck Kessie from Barcelona.

The London side which is very active in this winter transfer window wants to strengthen its midfield area and found in Kessie a great addition.

However, the player himself is not open to leaving Camp Nou where he thinks he can work to turn things around.