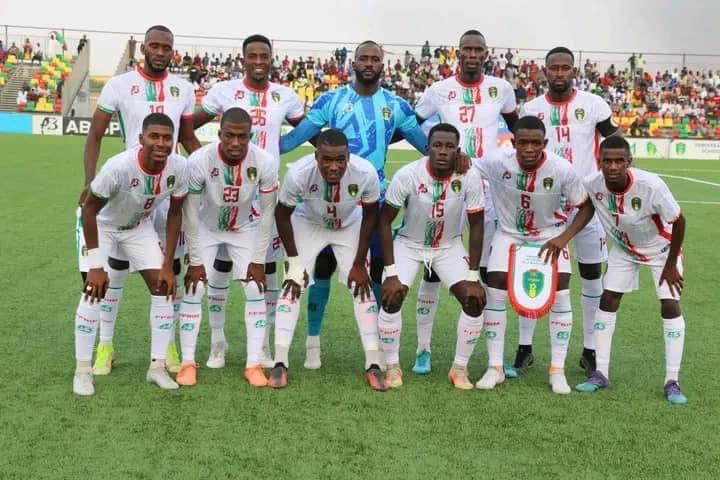 Mauritania made history with their 1-0 win over Mali tonight in Oran as they secured their ticket for CHAN tournament quarter-finals for the very first time in their history.

The Al-Murabitun including Mali and Angola had the opportunity to seal through to the next round at the kick-off of this last game in Group D.

Mauritania drew their first game against Angola which registered two points out of two matches while Amir Abdou’s men had one going into the Mali game with also the same amount of point.

However, they did their best to beat their opponents thanks to Mamadou Sy who scored from a header in the first half (35th minute) to hand them the win.

Mauritania protected this advantage until full-time and qualify for the first time to CHAN tournament knock out stage.

They’ll take on Senegal on Friday for the second quarter-final clash after Algeria vs Ivory Coast game.