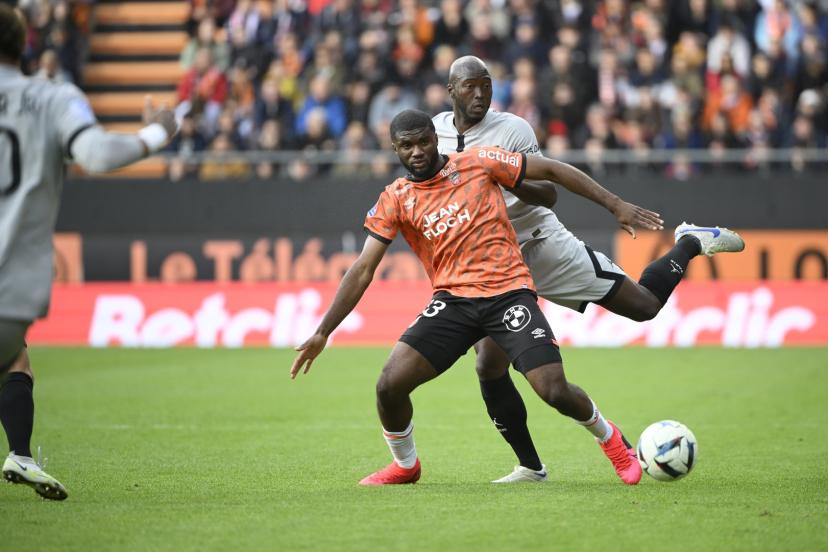 Nigerian forward Terem Moffi is likely to leave Lorient FC in the coming days as the clubs reaches an agreement with Top Ligue 1 side for his transfer.

According to French outlet Foot Mercato, Lorient and Olympique Marseille have reached an agreement over the transfer of Moffi.

While the 23-year old is considering a move to OGC Nice with the Eagles making a €17m+€3m offer, his club rather gave their agreement with Marseille.

The aforementioned source reports that Marseille want to include player namely Senegal star Bamba Dieng in the deal.

However, things are now stalled as the Teranga Lion is tempted to join Everton which entered the race these last hours knowing his dream is to play in the Premier League.

Now, Olympique Marseille officials are trying to convince Terem Moffi who is the second highest scorer in Ligue 1 this season (12) behind PSG star Kylian Mbappe (13).

On the other hand, OGC Nice also continue to monitor the player and is confident to sign him before the end of this winter transfer window meaning that Moffi’s departure from Lorient is yet to be done.