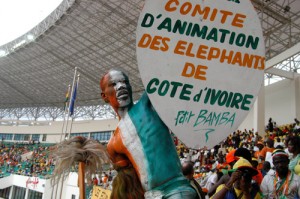 The Nigerian team has finally got into the game firmly and the role of underdogs against the team strongly tipped to lift this year’s Africa Cup of Nations trophy. The tournament will take place on 3rd February, 2013 today Sunday at Rustenburg (Royal Bafokeng Stadium), 3:00pm.

In this Africa Cup of Nations the Super Eagles encounter and the manner of qualification from Group C showed why they are considered so. Aside that, the Elephants of Cote d’Ivoire is the overwhelming favourites and showed how strong they are by making nine changes in their last group match against Algeria on Wednesday.

The all-time head to head record is in Cote d’Ivoire’s favour with five wins against four for Nigeria and in the Afcon history, they have played five times with two wins each but the Ivorians have had the better in the recent past with two 1-0 victories in 2006 and 2008. 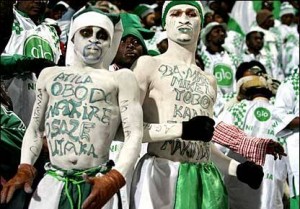 Nigeria has won the Nations Cup twice while Cote d’Ivoire has won it once.