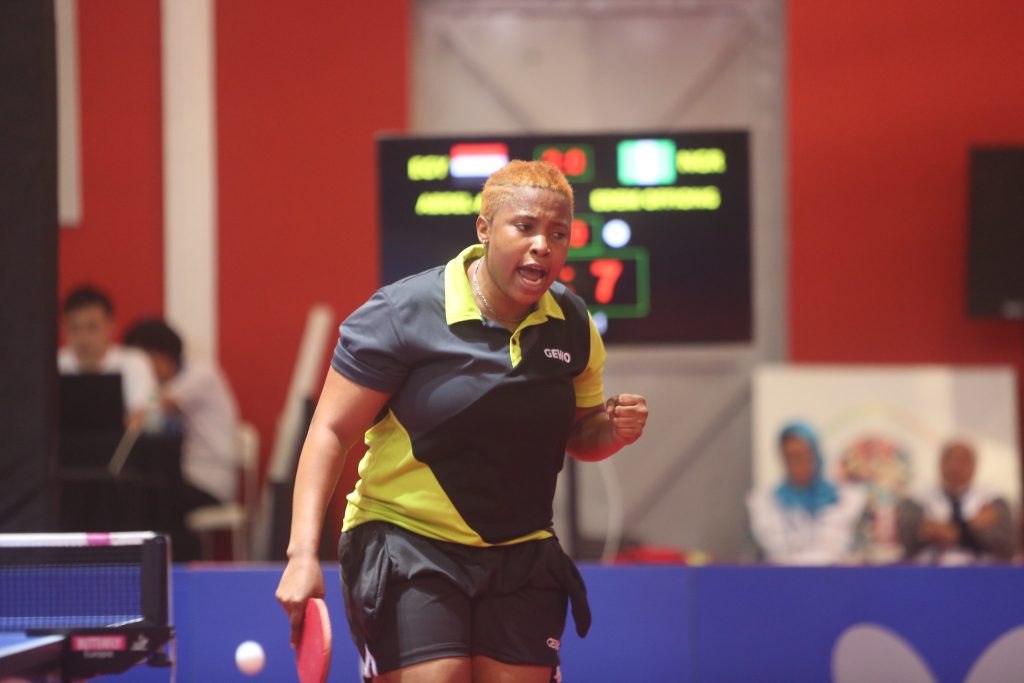 Nigeria table tennis sensation Offiong Edem is through to the second round of the women’s singles following her victory in the preliminary today.
Edem defeated Dora Madarasz 11-8,11-9,11-9,9-11,11-4 to sail through to the next round.
The Nigeria’s highest ranked women table tennis player made a strong intent from the first game winning her Hungarian opponent 11-8.
She also won the second and third round before she lost the fourth 9-11 to Dora but sealed her qualification in the fifth set with an 11-4 win.

Edem’s victory is the first win so far in any sport for team Nigeria who are participating at the ongoing Tokyo 2020 Olympic Games.
Earlier today, Esther Tamaraebi Toko finished 4th in the Sculls repechage and failed to qualify to the next round.
Also, Olofunke Oshonaike lost in the women’s singles to USA Juan Liu 4-1.
Nigeria first male Artistic Gymnastics, Uche Eke finished 36th place and failed to gather enough point that could have got him to the quarterfinals.