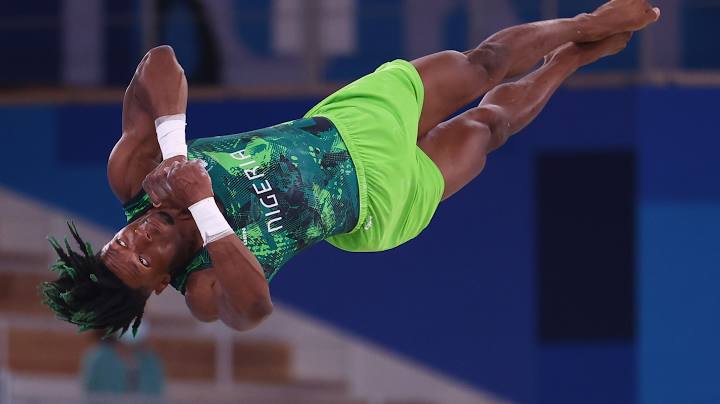 Nigerian first male Artistic Gymnastics at an Olympic Games, Uche Eke has bowed out of the Tokyo 2020 Olympic Games.
Eke who switched allegiance from the United States represented Nigeria in the Artistic Gymanastics on Saturday morning.
He competed in the men’s All-Around and finished 36th place in the world after be amassed a 74.765 tally points.

He participated in the Rotation, vault, floor and Pommel Horse where he gathered his points.

His best performance was in the third Rotation, however, he could not muster enough points that could have taken him into the quarterfinals.

He now joined Olufunke Oshonaike who lost 4-1 in the Table Tennis to Juan Liu of the United States in the preliminary stage.

Meanwhile, the is a slight hope for Esther Toko Tamaraebi who could still participate in the Rowing events after she failed to finish second place in the repechage.