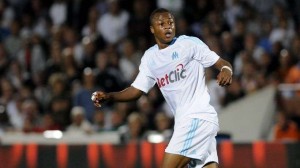 $16 million is the buy-out-clause English Premier League Liverpool will have to cash in to enroll Ghana’s winger Andre Ayew of Marseille.

Marseille who did not wanted to release their front man during the recent summer transfer windows have lost all three European matches they have played – two of them at home. That even leaves qualification for the Europa League almost out of reach.

They are bottom of their Champions League group that includes Arsenal, Napoli and Borussia Dortmund and the phoenicians aim at selling out Andre during the next transfer windows as he still has 18 months left on his contract.