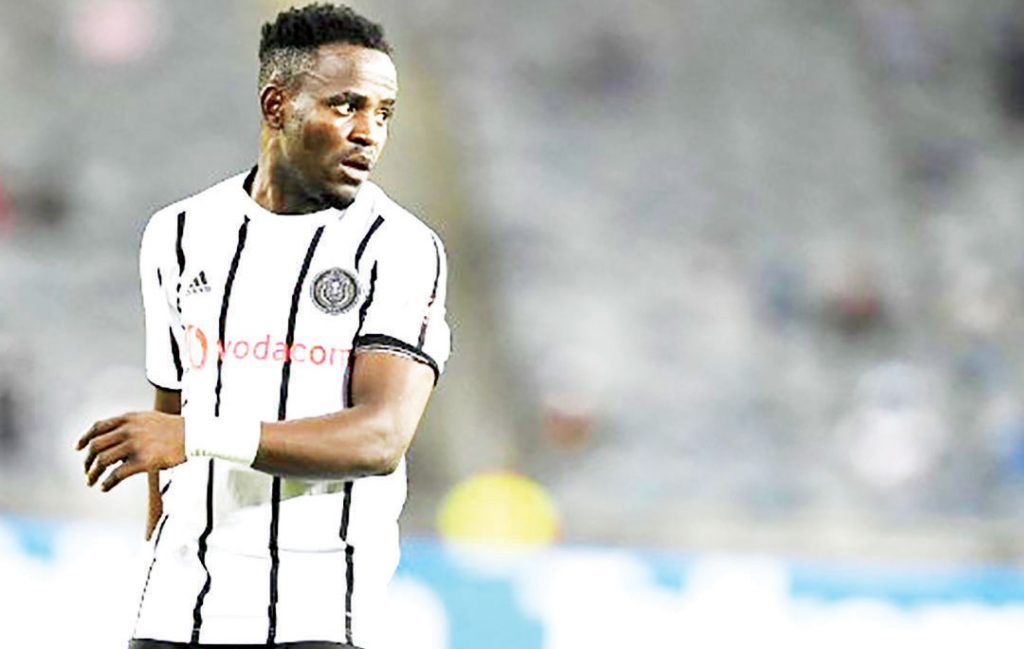 South Africa’s Orlando Pirates FC coach, Josef Zinnbaeur, has said he has not had ‘the same Gabadinho Mhango’ of last season due to niggling injuries that have affected the Malawian forward.

“Gabadinho has had a difficult season,” the German said in response to Africa Top Sports’ question during a virtual press briefing.

He was addressing the press ahead of Sunday’s Confederation Cup home quarter-final first-leg meeting against Raja Casablanca from Morocco.

“He started the pre-season with injuries and it was not always good for him during the season,” Zinnbaeur said when asked about Gabadinho’s form this campaign.

“The mindset was always focused on the injuries. Its not the Gaba we had last season. It’s the condition we are in. Of course, Gaba has improved himself but we have a lot of training sessions. You also need to have small space in 11 versus 11. Its not easy for Mhango. Of course, last week he scored.”

However, this season the Malawian has scored three league goals, registered one assist and netted once in the Nedbank Cup.

Despite the struggles, Gabadinho led Malawi’s Flames attack as they secured qualification to the 2021 Africa Cup of Nations finals from Group B.