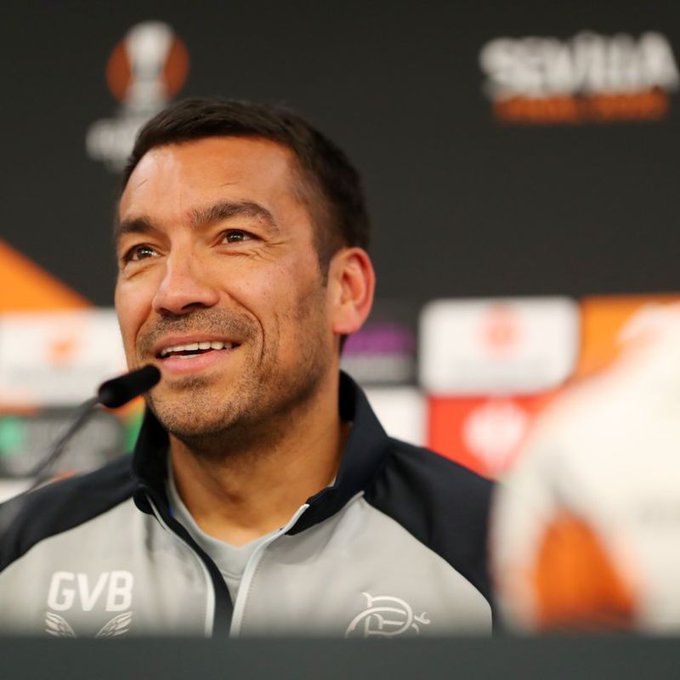 Rangers manager GIOVANNI van Bronckhorst says the club is ‘motivated’ to bring the UEFA Europa League trophy back to Glasgow in the final against Frankfurt on Wednesday evening.

As the match against Eintracht Frankfurt approaches, Gers practised at the Ramon Sanchez Pizjuan Stadium with the trio of Super Eagles players Calvin Bassey, Joe Aribo, and Leon Balogun.

The manager spoke to the media in Spain and feels his team is up to the task. He said:

“The mood is very very good, we are all excited to play the final on Wednesday, preparations have gone very well.

“We had light training this evening (Tuesday)and we have the final meetings for our game plan but we are ready.

“I am very proud to be manager of the team and even prouder to take the boys into the final.

“It is a huge opportunity to get the second major European prize in history for this club so we are very determined to bring the trophy back with us.”

As the Gers play their third German team in this European tour, Van Bronckhorst expects an entertaining final against the Bundesliga side.

He continued: “We respect Eintracht Frankfurt, they have had an amazing run in Europe as well so it is going to be an exciting final.

” A final is always nice when you win but if you lose you don’t like it so we are here to win it.”