Two Gambian long distance runners, Samba Bah and Alhagie Bah, will participate in the popular Street Child Marathon, which will take place on the 26th of May 2013 in Freetown, Sierra Leone.

Their participation in the Freetown Marathon is facilitated by The Gambia Volunteers Organisation, a non-profit making organisation established in 2009 by Roy Sanyang, a Gambian based in the UK, and supported by Gambia Bird Airlines. 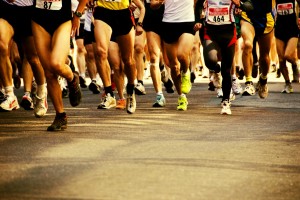 Speaking in an interview with Africa Top Sport, Samba and Alhagie, who took first and second position in the 10km male race of the Bajana Congress Marathon respectively in March, said they felt honoured to be selected by The Gambia Volunteers Organisation to take part in the marathon.

They thanked the Organisation for the gesture. They also thanked Gambia Bird Airlines for the continuous support given to them. They both assured that they are training very hard in order to raise the Gambian flag high in Freetown, while soliciting the support and prayers of the general public.

For her part, Mbacke Njie, secretary general of the Gambia Volunteers Organisation, said the duo will leave Banjul on the 22nd of this month for the marathon.

While thanking Gambia Bird for the partnership, she urged the two athletes to go and represent the country well. Gambia Volunteers for change also facilitated the participation of Hoja Secka in the Great Manchester Marathon, UK slated for 26th of this month.