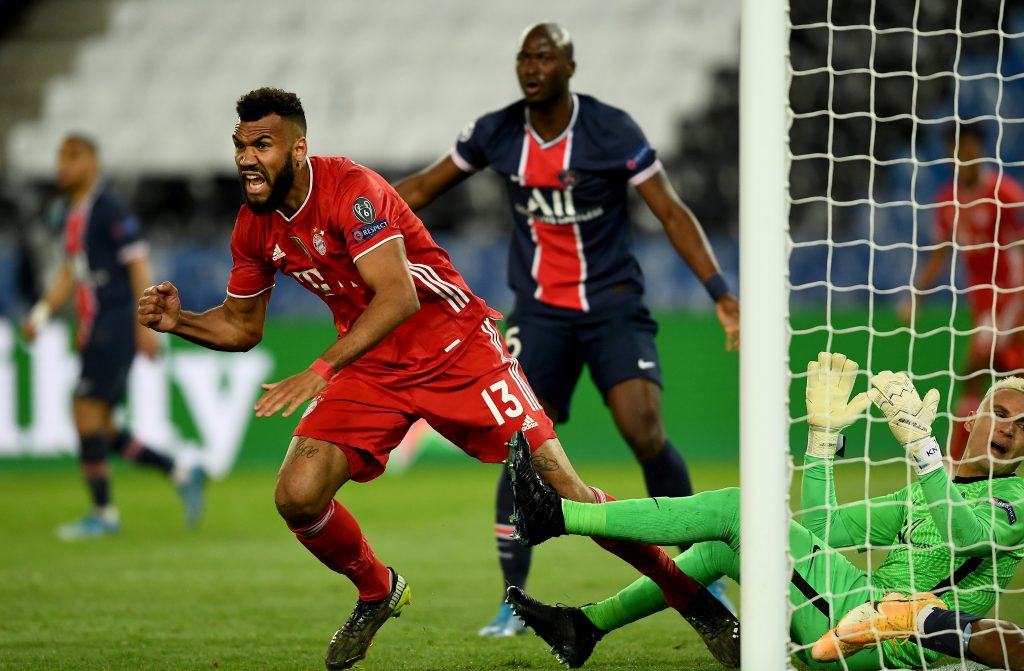 Munich have since gone top of the Bundesliga log table following the comprehensive win in Germany.

It was the second consecutive that Choupo-Mouting has scored after also finding the back of the net last week in the Munich’s win over Leipzig.

The Cameroonian scored in the 78th minute from a rebound after the keeper had saved his initial attempt.

Choupo-Mouting came off the bench to deliver the goods.

The striker was also part of Cameroon squad that beat Malawi 2-0 and lost 1-1 in Ivory Coast.

Leroy Sane put the Bavarians on the path to victory in the 17th minute with a wonderful freekick before Joshua Kimmich added the second goal in the 27th minute.

Thereafter, Lewandowski added the other goal in the 61st minute and four minutes later, Kimmick claimed his double in the 65th minute.

The Bavarians lead the log table on 13 points from five games a point ahead of VfL Wolfsburg who play on Sunday.