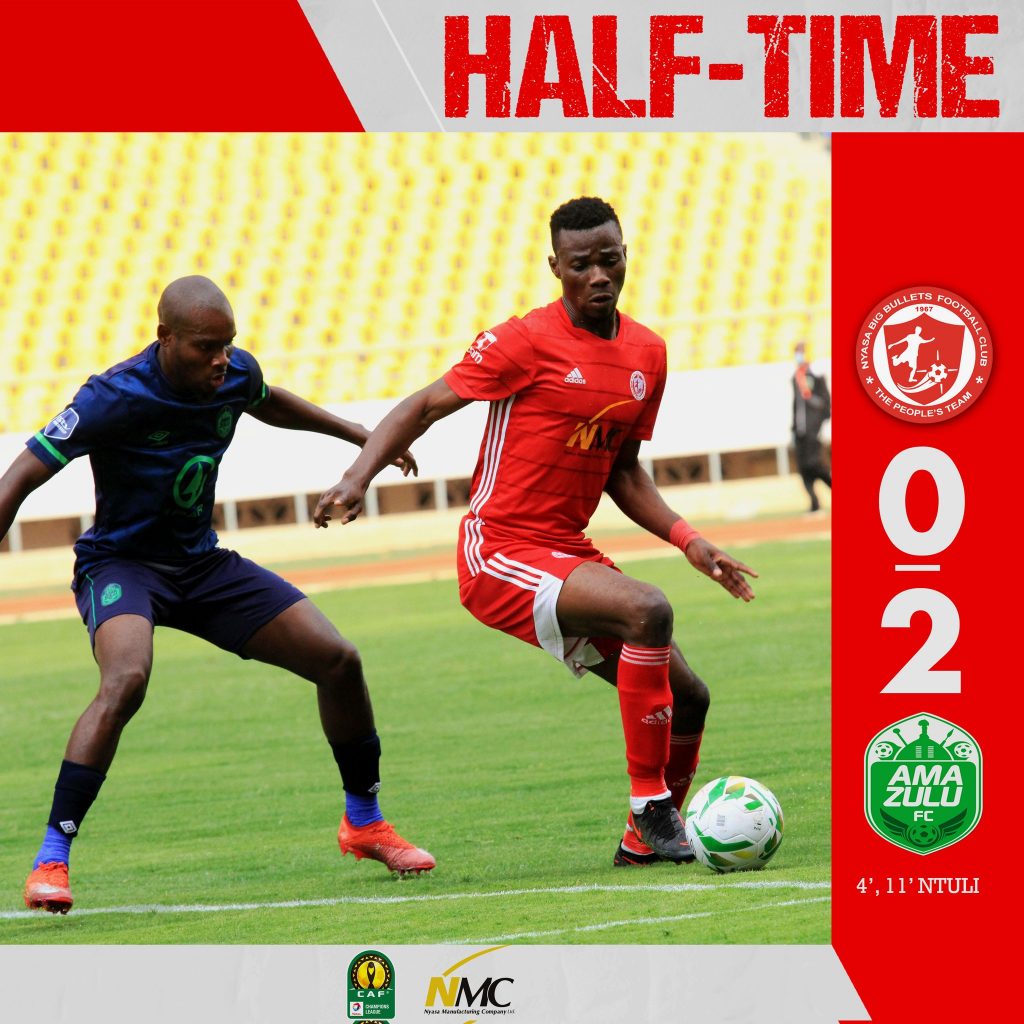 Malawi’s Nyasa Big Bullets lost 1-3 to South Africa’s AmaZulu on Saturday afternoon and 2-3 on aggregate to crash out of the CAF Champions League preliminary round race.

Bullets carried a 1-0 lead going into the second leg match at Bingu National Stadium in Lilongwe, but it was the Benni McCarthy side that had a positive start to the game.

One goal soon became two when Ntuli reacted the fastest to flick the ball past Bullets goalkeeper Richard Chimbamba.

Bullets reduced the arrears with three minutes into the second half courtesy of Henry Kabichi’s free-kick effort, only for Siphelele Mthembu to increase the lead with a close range finish.

AmaZulu now date TP Mazembe in the next round.