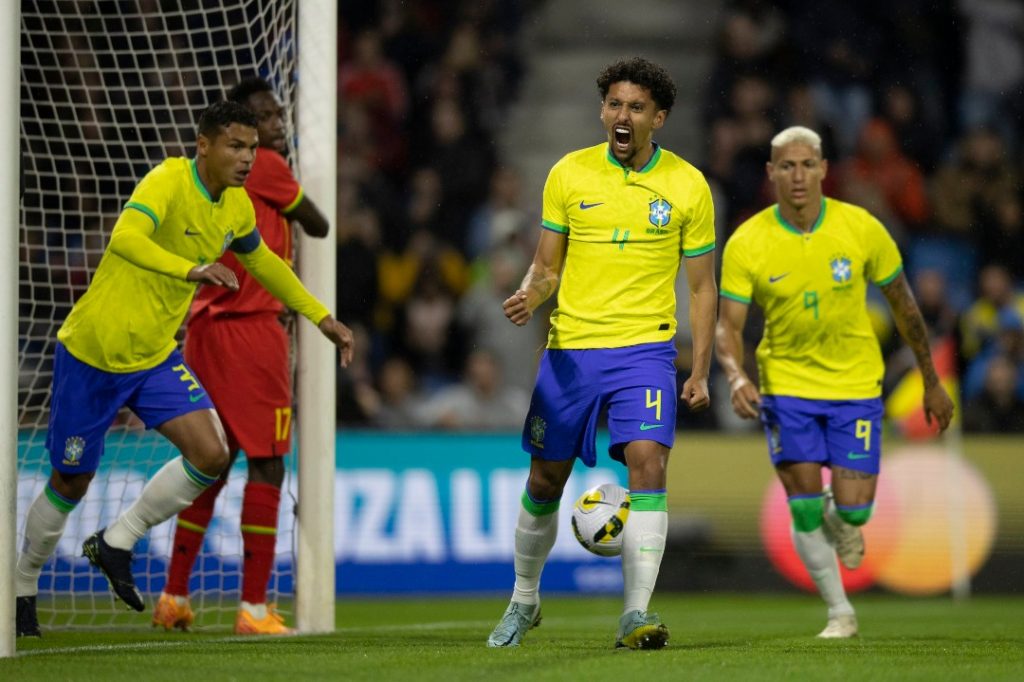 Brazil claimed all three points from their friendly game against Ghana Black Stars at Stade Oceane, in France with Tottenham striker Richarlison netting a brace (3-0).

The Black Stars have been inactive during the first half as the 4-1-4-1 Otto Addo system failed to make impact against a very dynamic Brazilian team.

PSG centre-back Marquinhos opened the scoring for the Seleção inside nine minutes of play from a lovely Raphinha assist.

Richarlison then went on to score the two other goals before half-time with the first one coming in the 28th minute and the second one in the 40th minute, all from Neymar’s boots.

Otto Addo made two changes before the start of the second half bringing Mohammed Salisu and Inaki Williams in as Kamaldeen Sulemana and Feelix Afena Gyan got subbed off.

These substitutions gave a fresh air to the Black Stars whose game completely changed even before Tarq Lamptey’s entrance on the picth.

However, the team failed once again to score against Brazil who have now four wins in 4 games against the Black Stars.

Andre Ayew and teammates will have to quickly get their heads up as they will take on Nicaragua on Tuesday for their last friendly in this September FIFA break.