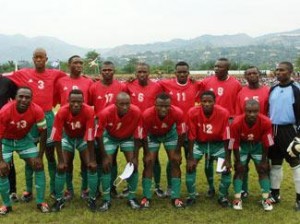 Duringh the first leg of the CHAN 2014 preliminary, Burundi has dominated Kenya on Sunday by scoring a goal to nil. Delayed due to the CECAFA Cup played by the two teams in Uganda, this match is the first leg.

Kenya will have to raise its level of game to expect to reach the next round of the competition.

The Harambee Stars will therefore have the opportunity on January 5, 2013 in the return match between the two countries.