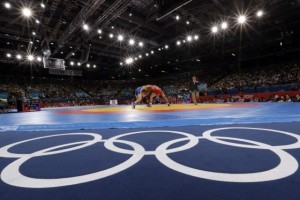 Mobilization is still high after the Africa Top Sports.com petition to keep the fight as an Olympic discipline. And I note the support of my friend Bixente Lizarazu “Wrestling is a sport and is part of the ancestral history of the origin of the Olympics. I support my friends wrestlers. The wrestling must remain an Olympic Game! ”

In all countries, the reactions keep coming!

Africa is of course the continent most affected by this announcement. The fight is a noble queen and discipline in many countries. Senegal, Guinea, Chad, anger is high and so legitimate …

Africa Top Sports.com on behalf of all the fans of this sport has decided to launch a petition. I support it.

Support our campaign in France and in all countries, particularly in Africa for this game to remain an Olympic discipline. It has a history, a culture, a nobility. You cannot put it on the ground this way.

Let us fight, fight all! Together we will win!

Basile Boli. 20/02/1013 The struggle must remain an Olympic sport. I sign the petition Africa Top Sports.com