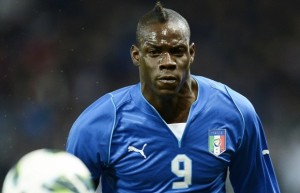 Mario Balotelli’s reputation goes beyond the sporty framework. The Italian international is one of the 100 most influential people in the world in 2012, according to the list published by the prestigious American magazine Time. “Super Mario” is in the category of “Heroes and Icons”. The Rossonero who has already made headlines of this newpaper was visibly moved by the news and would have sunk tears according to La Gazzetta dello Sport.

Milan striker will be in New York on April 23 probably with his new conquest Fanny Negesha, to be celebrated by the magazine. It is a new story that will encourage the former Manchester City player to change his habits. Seven times holder in Serie A, Mario Balotelli scored 7 goals. His playing time is estimated at 605 minutes. In National team he scored 8 goals in 19 selections.