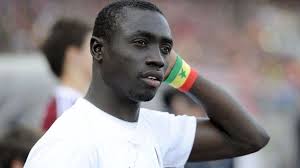 Papiss Cisse is looking for a club! The Senegalese striker who is under contract until 2017 with Newcastle is determined to leave. He left the training of the Magpies in Portugal last week, refusing to wear the logo of the sponsor of Newcastle, an organization of financial loans.

So, he is in contact with Rubin Kazan, but also several Russian clubs including Anzhi and Zenith.

The German track is not to dismiss either. Contacts are linked with Borussia Dortmund.

But tonight, he is the center of a lively controversy. The Senegalese international striker of the Magpies was caught in a casino, has just revealed the BBC. The former Metz player was caught on camera at a gaming table

This practice is strictly prohibited by Muslim religion.

His agent immediately tried to defuse the scandal stating that he was not a player or a gambler!

It’s getting hotter and hotter for him!