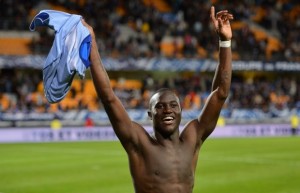 Bordeaux can say thank you to Henri Saivet. The Senegalese striker scored the only goal in League 1 on Saturday between Bastia and the Girondins.

Saivet who honored his debut in a friendly with Senegal on August 14, scored a nice kick at the edge of the penalty area.

This is his first league goal of the season after scoring during the Champions Trophy (Bordeaux 2-1 defeat).

After the meeting, the Bordeaux president announced that Saivet will soon extend. He is courted in England in particular.