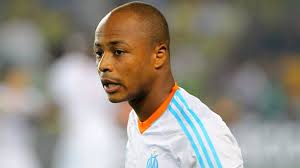 Quiet until then, the transfer window should be agitated for André Ayew, one week of the closing. The left of Olympique de Marseille could indeed leave his current club. Among the possible destinations, the Ghanaian midfielder could settle down in the Premier League where Newcastle has him on its shelves.

According to the British tabloid The Times, the Magpies have sent an initial offer of € 8 million to OM for the Ghanaian International away from the acceptable threshold set by the direction of Marseille. Vincent Labrune has decided to start discussions from 12 million. The release clause of Andre Ayew is set at 18 million.

In great shape this season, the eldest of Jordan (also on departure), also followed by AC Milan, and has a preference for the English league, if he should leave the Old Port. According to L’Equipe, Liverpool, Tottenham and Everton are also on the lookout.