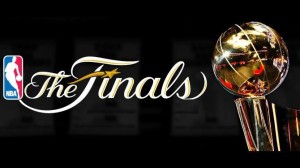 There are only four franchises still in contention for the title of the 2013-2014 NBA Champion. The conference finals of the playoffs start this Sunday.

Curtain raiser of the conference finals, the remake of last year in the East between the Miami Heat and the Indiana Pacers. This tussle is also that between double defending champion Miami and the Eastern Conference leader this season. Before the post- season, both franchises neutralized 2 everywhere in the regular season.

In the West the final opposes the franchise with best record in the league in the regular season San Antonio Spurs to their conference runners up, the Oklahoma City Thunder. Over the season, the best coach of the year Gregg Popovich could find no solution to the MVP of the season, Kevin Durant and his teammates; OKC had swept Texans. This poster was already that of the 2012 final.