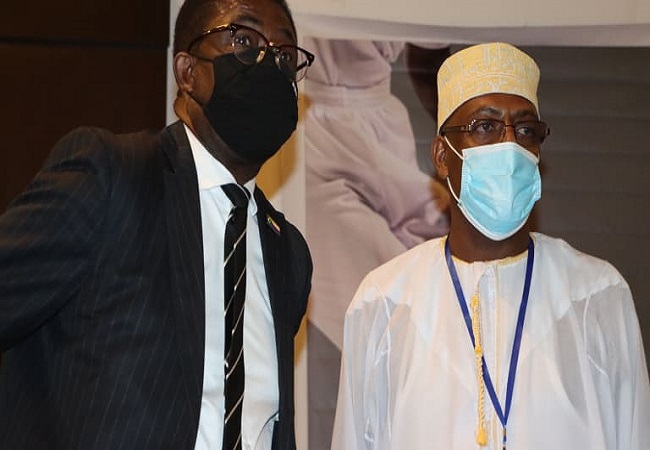 FIFA and experts from its Member Associations Division recently joined the Comoran Football Association (FFC) for the last few days of the mandate of its normalisation committee. Mission that culminated in the election of a new president and a new executive committee.

After several months of close collaboration, FIFA was pleased with the positive outcome from a process that enabled football-related activities to be re-established on this archipelago off the coast of Madagascar in the Indian Ocean.

Made up of three main islands: Grande Comore, Mohéli and Anjouan, the country, which is also known as the Union of the Comoros, has an area of 2,500km². The country having a population of just over one million.

During its mandate, the normalisation committee was able to efficiently take over the day-to-day management of the FFC. In addition, a full revision of the FFC Statutes was carried out, in accordance with FIFA requirements and standards. And the text was submitted to the FFC General Assembly. The statutes and electoral code of the three FFC leagues (Grande Comore, Mohéli and Anjouan) were also revised in accordance with the new FFC and FIFA statutes. And they then after were submitted to the various local leagues for implementation.

This return to normality was also signalled by the election of a new president, Saïd Ali Saïd Attouman, on 30 January. This election will give the FFC a new lease of life. Allowing it to resume its activities across the region while respecting the rules of good governance and guaranteeing sustainable football development for everyone.

Véron Mosengo-Omba, FIFA’s Chief Member Associations Officer, visited Comoros. And he was thrilled to see such a positive outcome. “Our presence brings the normalisation committee to an end. Now that it has completed its mission, and we’ve been able to witness the election of the new FFC President. We were warmly welcomed by the President of Comoros, Azali Assoumani. And we passed on FIFA President Gianni Infantino’s message of thanks for Assoumani’s unwavering support of football.”

During their mission, FIFA and its representatives were very saddened to hear of the passing of Mr Fakriddine Youssouf Abdoulhalik, who was a member of the FFC normalisation committee, and would like to send their deepest condolences to his friends and family.