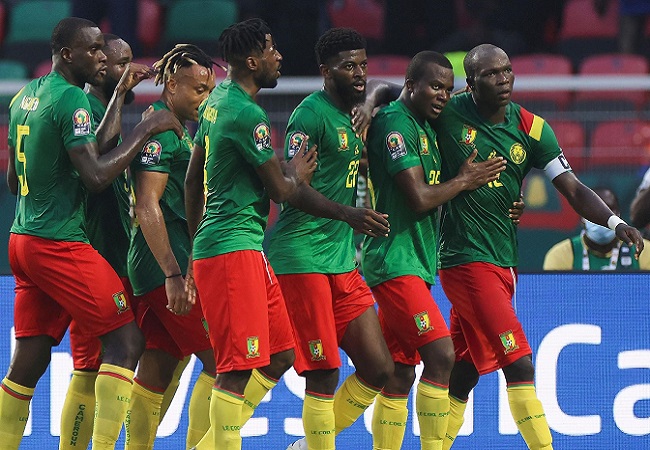 Hosts Cameroon and Burkina Faso kicked-off the 2022 Africa Cup of Nations (AFCON) on Sunday, with Toni Conceição’s side securing a 2-1 victory to make a positive start to their campaign.

The game itself was an extremely lively one, which saw its first controversial moment less than one minute into the tie as Burkina Faso defender Steeve Yago made a crunching tackle on Cameroon’s Collins Fai, which saw him requiring treatment. Yago somehow escaped a red card just 38 seconds into the opening match.

Yago who plays for Cypriot First Division club Aris Limassol – received a booking for his challenge. But it would be more than fair to say that the centre-back could have easily seen red.

The early incident clearly rocked the home side as they struggled to stamp their authority on the game. This led to Burkina Faso taking a shock lead through Gustavo Sangaré in the 24th minute.

Aston Villa winger and Burkina Faso captain Bertrand Traoré saw his header cleared off the line, with Sangare mis-judging his initial strike on the rebound before finishing well past André Onana who somehow missed the ball.

However, Cameroon responded well. And the Indomitable Lions were level in the 40th minute courtesy of captain Vincent Aboubakar’s penalty. André-Frank Zambo Anguissa went down inside the area after a challenge from Traoré, with VAR quickly awarding the spot-kick.

The Al-Nassr forward soon got his and the hosts’ second with another penalty after Issoufou Dayo made an unnecessary foul inside the box.

The host nation later had the ball in the net following a counter-attack. But Aboubakar’s strike was ruled out for offside.

Cameroon controlled the majority of the second period. And they ensured to have started the tournament with an important three points.

Conceição’s men play Ethiopia in their next fixture on Thursday, while Burkina Faso face-off against Cape Verde at the Olembé Stadium on the same day.