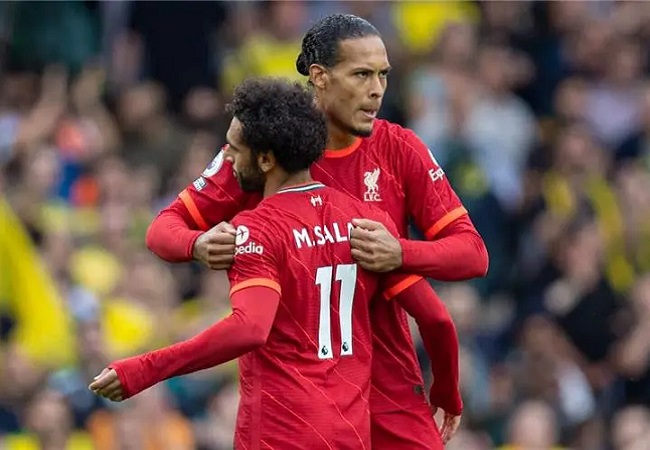 Virgil van Dijk was surprised as Mohamed Salah’s Egypt will not show the coming World Cup in Qatar. The Pharaohs were knocked out by the Teranga Lions during penalty shoutouts.

Speaking with the media after a 1-1 draw with Germany, the captain of Holland was informed that his teammate had missed out on the Qatar tournament. And the Liverpool center back gave an instant and honest reaction.

Also Read : EGYPTIAN FA CLAIMS SALAH AND TEAMMATES WERE VICTIM OF RACISM DURING DEFEAT TO SENEGAL

“I’m sure he will turn this disappointment hopefully into success for the rest of the season. And we have still everything to play for, so there’s a lot of things to achieve for him.

“For Sadio, I wish him all the best. If he is in our group I wish him good luck because he’s going to need it!”. He added.