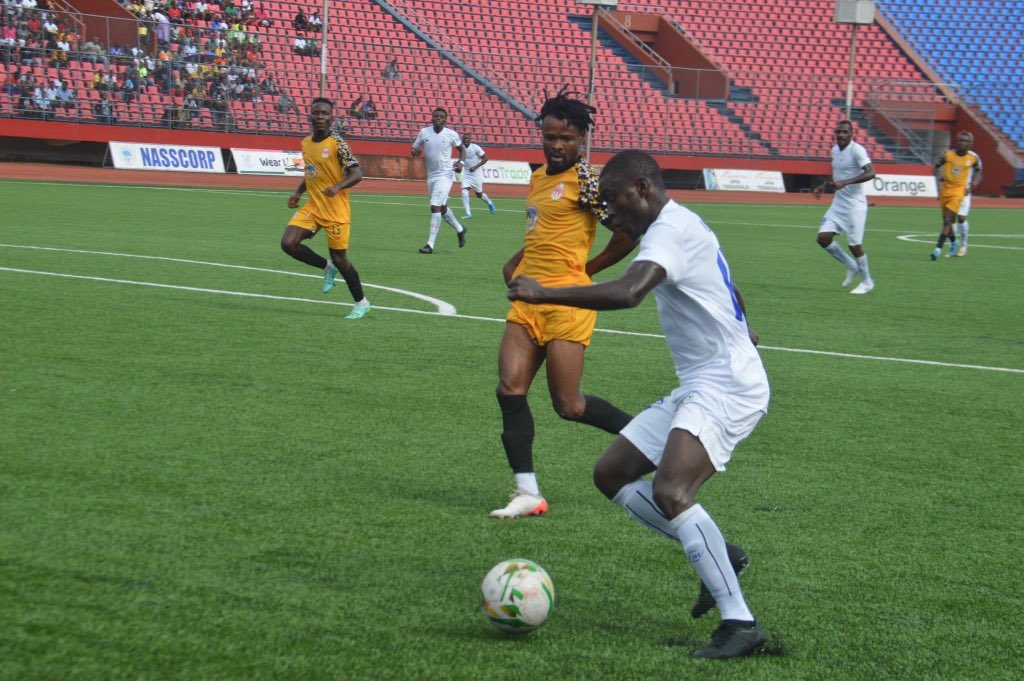 Rivers United, winners of the Nigeria Professional Football League, advanced to the next round of the CAF Champions despite losing 1-0 to Watanga FC of Liberia on Sunday.

On the 16th minute, Farsedu Logan converted a penalty kick for the game’s lone goal.

In the opening round, Wydad Casablanca of Morocco will compete against Stanley Eguma’s group.

Plateau United, the other team representing the nation in the competition, advanced to the next round after defeating Gabon’s Stade Mandji 1-0 at the Moshood Abiola Stadium in Abuja.

In the 63rd minute, Haggai Katoh scored the victor for the home team.

In the opening round, the Jos club will face off against Esperance of Tunisia.