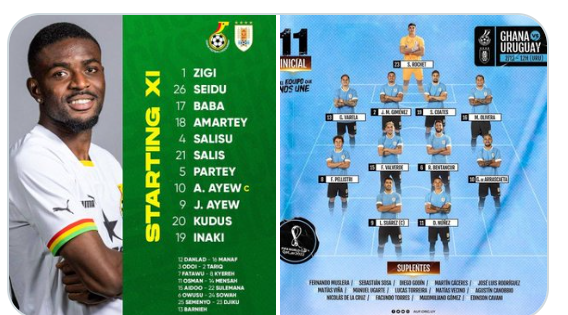 Ghana will be hoping to reach another round of 16 in FIFA World Cup when they take on the same country that stopped them from reaching the quarter final in 2010.

The Black Stars revived their chance of reaching the round of 16 with a 3-2 win over South Korea.

Today’s final group game dubbed the revenge mission is crucial to both teams chance of qualifying to the round of 16.

Ghana head coach, Otto Addo make two changes to the side that edged 3-2 past South Korea in the last game.

Alidu Seidu and Baba Rahman come in with Tariq Lamptey and Gideon Mensah dropping out.