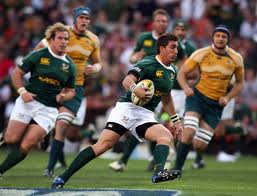 The South African Rugby Union has swapped the first two venues for its four-team tournament in June.
SARU said on Wednesday that, Springboks will tour Scotland, Wales and France on their end-of-year trip to Europe.

Furthermore, South Africa plays Italy and Scotland goes up against Samoa at Durban’s Kings Park on June 8 in the first round of the tournament and the Boks’ first international of 2013.