Motor Fire Academy was defeated by Ndola Youth Football Club yesterday by 1-0 to arise in the champions of the 2013 Sport for Positive Lifestyles tournament held in Ndola.

The Norwegian Government, United Nations International Children’s Education Fund (UNICEF) and Sport in Action initiates the tournament for attraction of over 300 participants from 20 youth academies in Ndola. 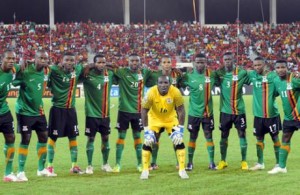 Frankson Mushindu Sport in Action director thanked the three sponsors for the gesture and said the tournament served as a catalyst for the youth to refrain from indulging in vices that would impact negatively on their lives.

Mushindu also called for the reintroduction of sports at grass root level in order for Zambia to produce future successful sports men and women.