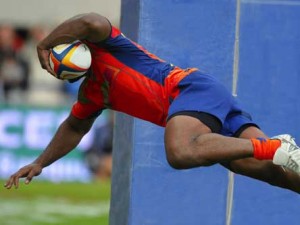 Kenya Harlequin put their trust in dwindle as they succumbed to their third loss of the season to Mwamba RFC meanwhile they are the defending champions.

At Moi International sports stadium Quins gained only one bonus point in which lost 25-19 to a counter attacking Mwamba outfit. The champions now lay fourth in the table standings with 26 points which is only one more than Mwamba who are on 25. The champions now that making it to the semi finals is slim given and that they have three difficult games against Strathmore, Nakuru and KCB before they wind up the league, whiles Mwamba tails are hot, have ties against Blak Blad, Mean Machine and Kisumu.

Mwamba coach Meli Wainibuli says that due to this victory or forwardness of his team,

has really boosted them to a favourable position that leaves them optimistic of making the play-offs.

“We knew we had to win this game and credit to the side for executing the game plan accordingly.”

“We knew we had to stop their burly players, which we did by spreading the ball wide which stretched them quite a bit,” he explained.

“We now have to keep our eye on the ball because you cannot underestimate any team, but our chances of making the semis are quite good.”

Charles Cardovillies Kenya Harlequin’s coach made the team loss,by saying all was not lost and they still stand a chance of defending their title. 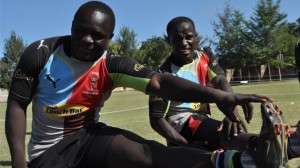 “We are definitely not yet out of contention. The good thing about this league is that it is a bit tight at the top,” he said. “We are playing Strathmore next and if we beat them, that mean we automatically go to third place,” he added.

“We did not play very badly today its only that we did not score when we had the chances, our forwards were not dominated and we just have to learn from this loss and look at the games ahead.”

“It will not be easy but it is also not impossible and so we still have all to play for in our remaining three fixtures,” Cardovillies told FeverPitch.