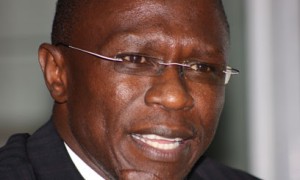 Sports minister Ababu Namwamba has lashed out on Athletics Kenya President Isaiah Kiplagat over poor state of stadia in the country.

Ababu questioned why Kiplagat, who sits in the Sports Stadia Management Board (SSMB), complained about the deplorable conditions of local stadia yet he could not raise genuine issues that surround misuse of public funds at SSMB meetings.

“You should be giving us answers and not questions over these issues. You are a member of the Sports Stadia Management Board and you should have dealt with this right at board meeting,” Namwamba said when he presided over the Lorna Kiplagat Sports Academy in Iten, yesterday. Also in attendance were British double Olympic champion Mo Farah, world record holder and Olympic champion David Rudisha and many top stars.

The minister said the new Sports Act had enough teeth to streamline sports operations and vowed to disband SSMB.

“People like Kiplagat should be telling us the costs on tenders, deadlines and others. They have the duty to care of public funds,” he said. 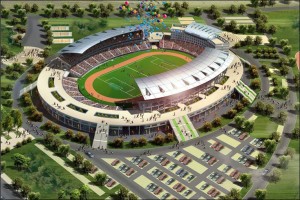 Talks were however underway to ensure a multi-million shilling propose Qatari Sports which was to be constructed in honour of Kenyan-turned-Qatari Saeedd Seif Shaheen (formerly Stephen Cherono), is accomplished and put up in Iten.