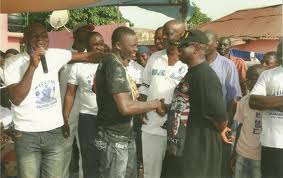 Mohammed Amin Lamptey former spokesperson of Ghana Boxing Authority (GBA) was described as traitor by certain personalities in the boxing fraternity who masterminded the exit of Samir Captan’s administration.

Messers Jonas Ahine Truly and R. O. Lamptey was suspected and to be behind the ejection from office.

Alice Attipoe Acting Director and General of National Sports Authority ordered the Samir Captan-led administration of the Ghana Boxing Authority to hand over all articles from their office last Friday January 11, 2013, to the NSA to pave way for elections to be held to select the executives who will run the association since their term of office has been expired for a year.

Due to the information gathered on Saturday from the NSA shows that Madam Alice Attipoe was pressured by the two traitors, Mr. Jonas Ahine Truly and R. O. Lamptey, to write a particular letter to them because of their selfish interest. 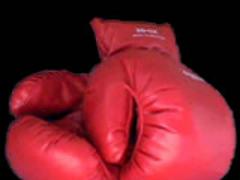 Administration of the Ghana Boxing Authority noted that Samir Captan-led did not hand over the items because even the outgoing Minister of Youth and Sports and Minister designate for Agriculture Hon. Clement Kofi Humado knows nothing about the letter written to them by the NSA boss.

He stressed further that Ahine Truly and R. O. Lamptey want the Samir Captan-led administration to leave in order to pave way for them to continue their visa fraud business because they have not had the opportunity to do so under his administration.