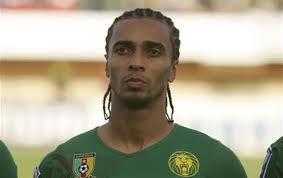 Known for his honesty, the Cameroon defender of Tottenham (English Premier League), Benoiît Assou-Ekotto has his analysis of the on the value of African players who will to evolve for their country.

According to him, thye AFCON is the main handicap for any international African. And for cause:

“When you play for an African national team, all is not effortless because you argue the African Cup of Nations and no club wants to see his players travel for a month in the middle of season.” He said on CNN.

And then, “A French player, English, Belgian or Spanish will always be more expensive than an African player, it’s a reality…”

The question is to know whether the condition of not being include in the AFCON is in the stipulation of Samuel Eto’o ( the most paid in the world) for his transfer to Anzi.

Despite this, the left side of the uncontrollable Lions, who could evolve with the Blues ( French team) said he did not regret his choice  to be an international  of Cameroun.

“I’ll always be more proud to play for my country, even if my career will be harder.”