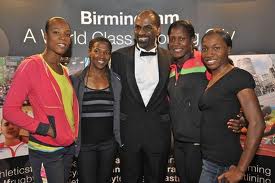 Kevin Brown, Buff Bay’s head coach, was determined not to have a repeat of last year when they missed out on the title by 2.5 points.

“Last year we lost by 2.5 points, and that was because of a lot of mishaps, so I tried my best to ensure that we didn’t have much of that this year and I believe that is what led us to being victorious,” Brown said. 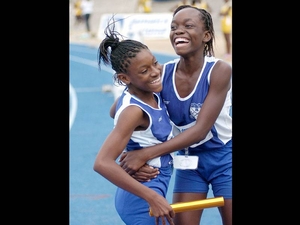 Two of the most outstanding performers over the two days of competition were St Mary High’s Titania Markland and Oberlin’s Trudy McCalla, both winning three individual gold medals.

Buff Bay High’s Shevon Bailey also claimed the double in the boys’ Class One equivalent, as he won the 100m in 10.83, before returning to capture the 200m in 22.34 seconds.

Seaforth High’s Michael Bentley broke the record in the Class Three boys’ 100m, as he stopped the clock at 11.45 seconds to erase Romar Foster’s old mark of 11.68 seconds, set in 2010.