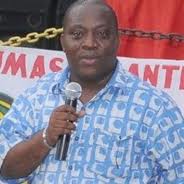 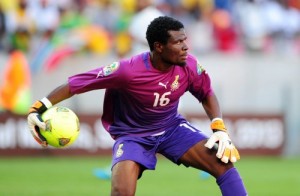 “Fatau and Henri Traore have done a lot of good for the club and we will honour them deservedly,” AshantiGold Chief Executive Kudjoe Fianoo told a local radio station.

Dauda Fatau who was Ghana’s goalie at the 2013 AFCON earned so much recognition especially during the quarterfinal victory against Cape Verde where he was adjudged the Man – of – the Match.

Defender Traore played one match for silver-medalists Burkina Faso and that was against Burkina Faso in the semi-finals when he came on as substitute.

He scored one of the penalties for the Stallions in the 3-1 win over the Black Stars.

Fatau Dauda was superb at the Africa Cup of Nations 2013.