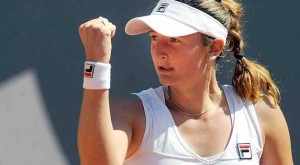 At 33, Catalina Castaño may be more than a decade older than most of fellow competitors at this week’s Copa Bionaire, but on Friday she produced a performance that belied her age, and ranking, to defeat Sesil Karatantcheva and advance to the semifinals.

Last year, the Colombian reached just two WTA main draws, and, with a current position of No.228, her presence this week is thanks only to a wildcard from the organizers at the Club Campestre de Cali. Since reaching a career-high ranking of No.35 back in 2006, Castaño has slowly slided down the tennis ladder.

It is a decision the powers that have not been made to regret; after disposing of Inés Ferrer Suárez in the opening round, Castaño has followed up with surprise wins over No.7 seed Nina Bratchikova and then Karatantcheva. 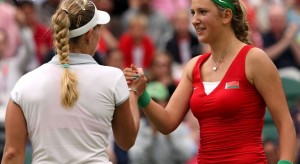 The quarterfinal win over Karatantcheva was particularly impressive as she bounced back from the disappointment of failing to serve out the opening set to triumph, 57 63 63.

Next up Castaño will face Elina Svitolina, who denied the spectators an all-Colombian match-up in the last four by defeating Mariana Duque-Mariño, 63 75.