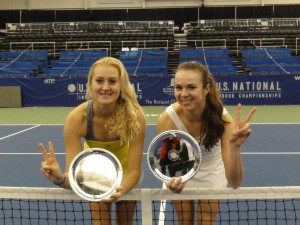 Kristina Mladenovic and Galina Voskoboeva and Timea Babos and Mandy Minella won events in Memphis and Bogotá, respectively, without surrendering a set.

The second-seeded teams were victorious in both of last week’s International events in Memphis and Bogotá, with Kristina Mladenovic and Galina Voskoboeva capturing the US National Indoor Tennis Championships and Timea Babos and Mandy Minella winning the Copa Claro Colsanitas.

Both of them first outing together gave Mladenovic her third WTA doubles title and Voskoboeva her fourth. . Mladenovic’s titles have come with three different partners and Voskoboeva’s with four. 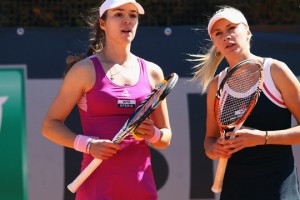 As for Babos and Minella, Bogotá was their sixth WTA event together and first title. Their previous best showing was a run to the final in Hobart earlier this year.

Babos and Minella’s victims in the Bogotá final were defending champions and No.1 seeds Eva Birnerova and Alexandra Panova. That broke a seven-match string of No.1 seeds beating No.2 seeds at WTA events.