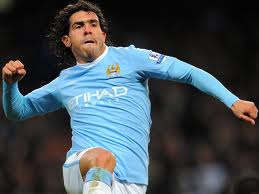 What a match! The leader of the English L1, Manchester United was defeated at home by his runner, and always current English champion, Manchester City.

And this is a real surprise! The first goal was scored by J.Milner  at the 51st minute. But V. Kompany scored against his side.

What a disappointment for United!!

At the end of the 32nd day of League 1 Championship, and despite this defeat, Manchester United keeps nine points ahead of Manchester City ….

Manchester City ended an 18 match’s series, without defeat at home for the Reds at Old Trafford.